QViz is a portable visualization software for QoS settings of your routers. Especially the kind of hell Linux's tc(8) thing is capable of making. It connects to the router using SSH and fetches the data by parsing standard iproute2 commands, which kind of tells:

My bachelor thesis (in Czech) describes not just the program, but the whole of Linux's and OpenBSD's QoS frameworks. They forced us to make a poster (PDF), (Inkscape SVG). Too bad you can't understand it, because it's also in Czech. But it's all trivial, anyway, and not worth looking at. Chapter 5 talks about the program, if you like deciphering weird languages with hyperlinks in them. 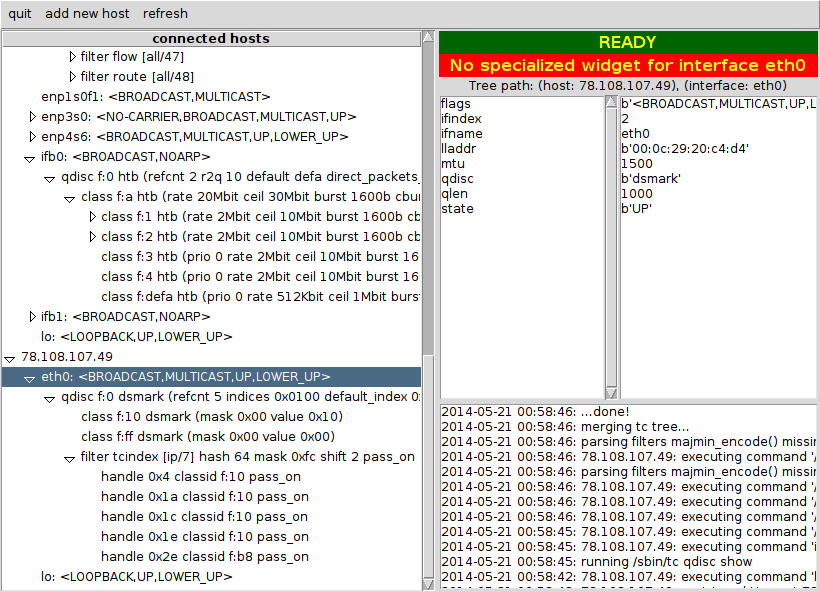 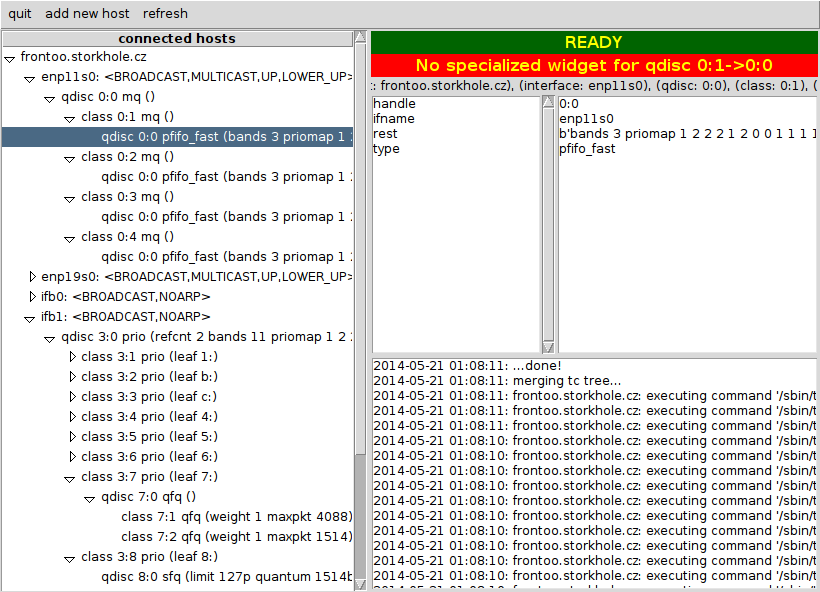 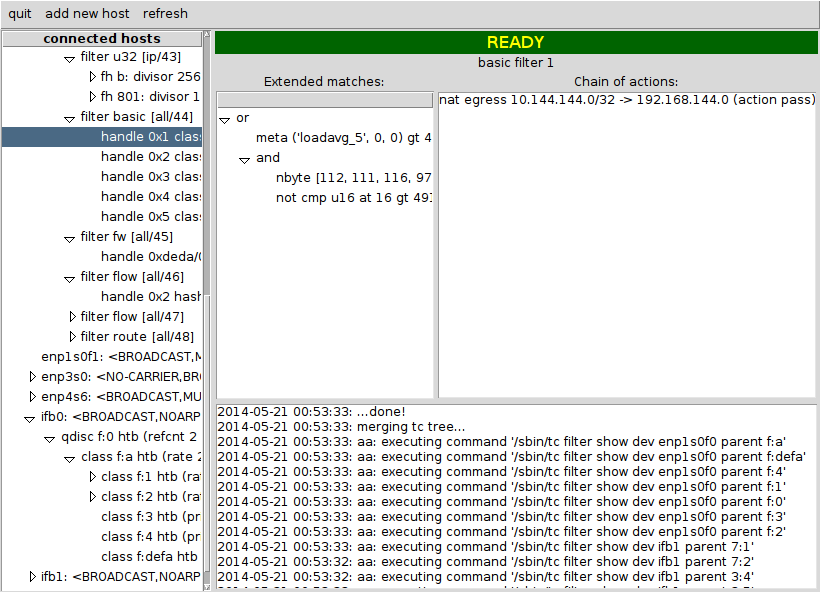 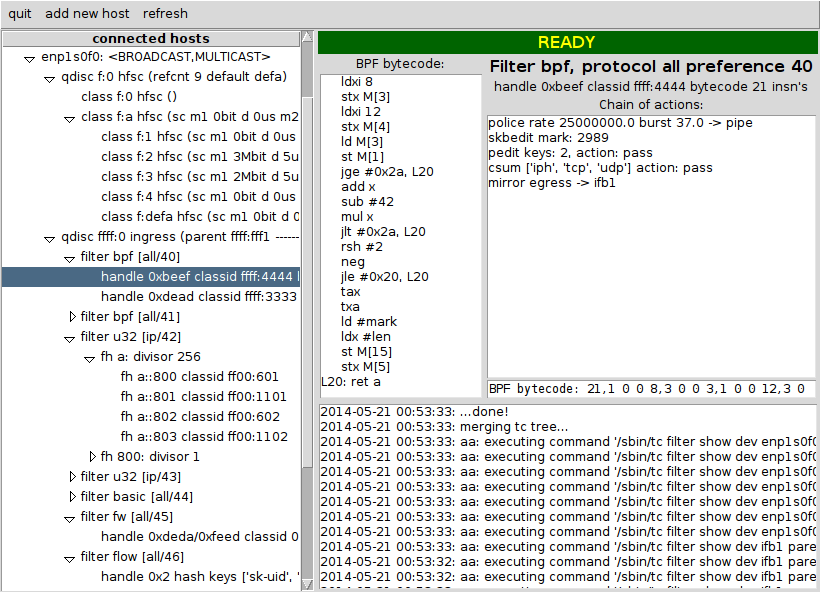 Martin Pelikán (with mailbox in 'pelikan' at the storkhole.cz server)